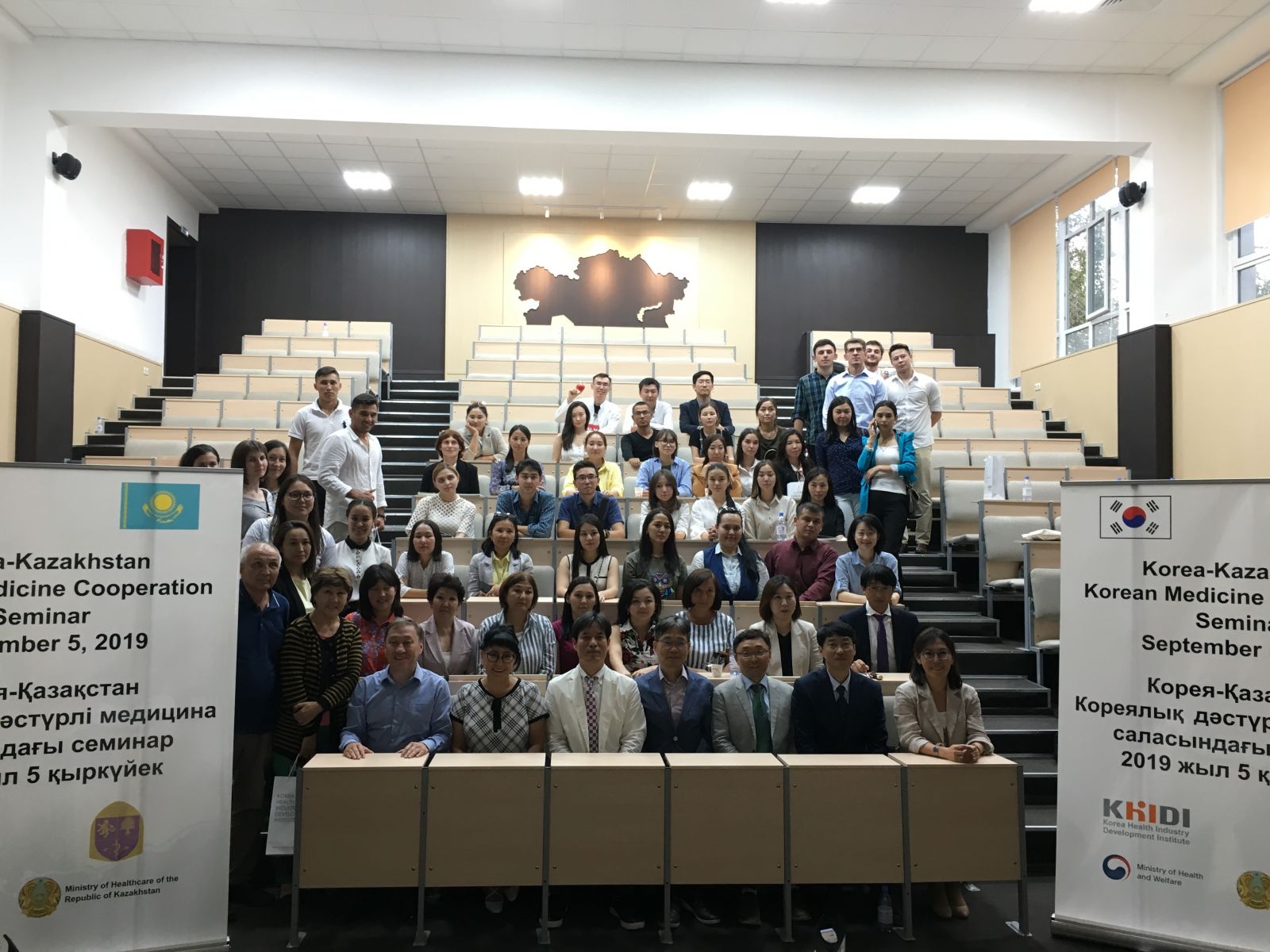 Seminar in the field of Korean traditional medicine was held on the September 5th, 2019 at the Kazakh National Medical University named after S.D. Asfendiyarov (KazNMU) and organized by KHIDI.

The seminar was opened by provost of KazNMU – Vytenis Kalibatas, and greeted by the Consul General of the Republic of Korea in Kazakhstan – Kim Heung-Soo and Director of KHIDI CIS – Kim Lee Hye. During the seminar the following presentations were given: Global demand for Korean medicine and its excellency by Kim HeeJeong from the Korean Medicine Global Healthcare Team of KHIDI; Introduction to Korean medicine by Dr. Moonseok Choi from the Association of Korean Medicine; and R & D in Korean medicine by Dr. Ohmin Kwon from the Korean Institute of Oriental Medicine. The seminar also included the master-classes: Acupuncture of Spine and Joint Pain by Dr. Giyoung Yang from Pusan National University Korean Medicine Hospital; and Introduction and demonstration to non-surgical special treatment and rehabilitation of spinal diseases by Dr. Jong Seung Park from the Chungyeon Korean Medicine Hospital.

More than 100 medical specialists have attended the seminar.