Korea has made significant progress in a short period of time, becoming one of the most advanced countries in medical systems

Korean War has left Korea’s healthcare system in a devastated condition. Hospital infrastructure was destroyed, equipment was unfit for use and there was a strong lack of medical personnel. To help Korea resurrect it’s healthcare, United States have launched a technical-assistance program, called the Minnesota Project (from 1954 to 1961). The Minnesota Project consisted of three components: an overseas fellowship program, an advisory service, and facilities reconstruction and equipment supply. 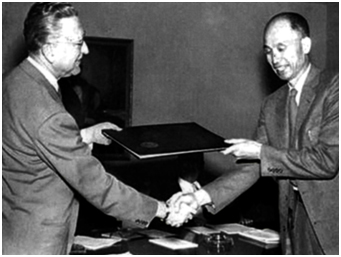 MOU Signing Ceremony Between Seoul National University
and The University of Minnesota, 1954

Today, Korean healthcare stands strong in the global arena. Nevertheless, the country remembers the all the difficulties it had to face to reach success and medical excellency. To help other developing countries in their path, in 2011 Ministry of Health and Welfare has launched an initiative named “Medical Korea Academy” to share Korea’s knowledge with the rest of the world. Medical Korea Academy provides intensive training on the advanced medical techniques and practices for international doctors.

Total period to implement the SPS (in years) 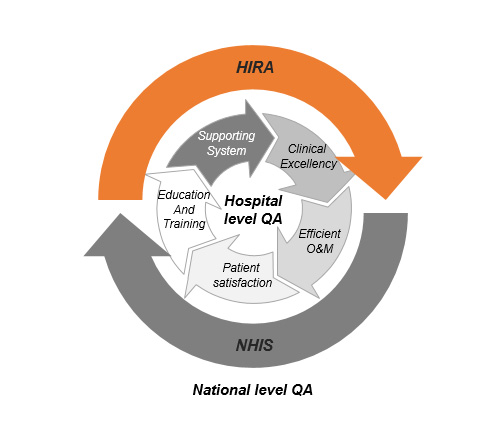 Korea’s NHI is one of the largest SHI programs contracting 84 thousand hospitals and clinics and processing over 1.3 billion claims per year through a fully-automated health IT systems. Korea’s Health IT systems are vertically aligned and integrated in accordance with major three objectives: quality & efficiency, disease control and health promotion and disease management. 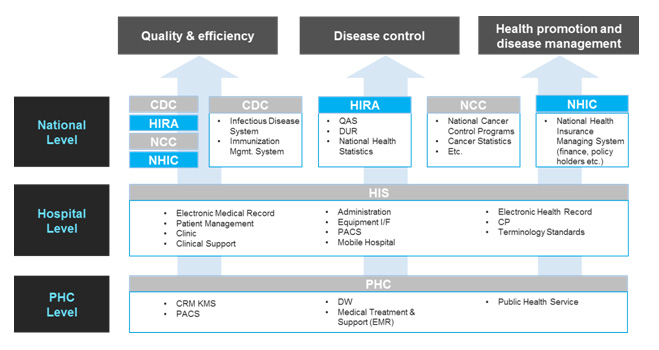 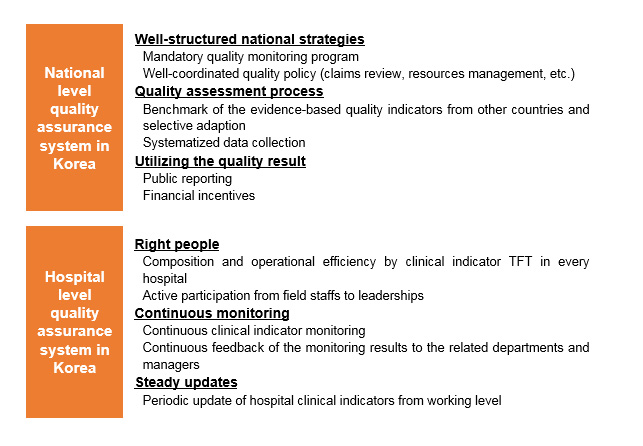 While Korean government’s focus on nation-level quality assessment and health financing, Korean hospitals developed its own capability to maintain high-level of quality and service.